We Gave Away Family Photos... Here's What Happened 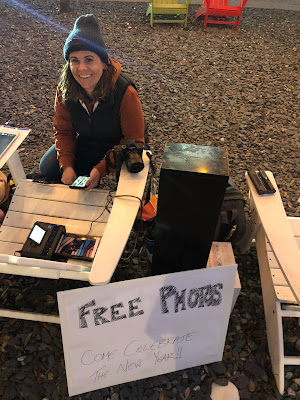 This Christmas, I felt a crazy burden to go out into the community and give away free family photos...

I had this dream of using photography to give back in Juárez, México this Christmas, but because of events that couldn't be controlled, I was unable to make that happen. When I knew I would be coming home to GA for the holidays, I kept wondering how I could still give back through photography. However, this Christmas season in GA, the rains poured and poured and the dates leading up to the holiday continued to pass. Late one rainy night, I decided I was going to get everything I needed to do this project, just in case the rains ever let up. So I went to Best Buy, bought a mobile printer, made a sign and figured out where I could take and give away photos. And then it continued to rain, and rain, and rain. Every weekend I was home leading up until Christmas, it rained. I literally had zero opportunity to go out and do what had been laid so deeply on my heart. I felt a little bit like a fool for caring so deeply about this and also crazy because I had gone out and bought everything, believing it was going to happen, even though it was looking impossible. 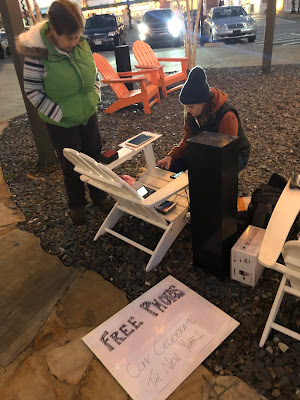 After the New Year and the last weekend that I was home for the holidays, I got a window of opportunity...

A printer.
And a camera.

I gathered my gear and my mom to assist me and went up to our local shopping area to see if we could give some photos away. I decided we'd change the picture idea from "Christmas pictures" to "New Years pictures" and offered it as a way to celebrate the New Year!! I had a lot of people walk by and look at me like I was crazy. Some smiled and said Happy New Year. But two groups stopped. And to be honest, deep down I felt a bit like a fool.

The first picture I took was of a family walking nearby and I asked if they would like a family photo. The plan was to print one and also email it to them. They were my first takers and I thought, "Oh man, they must think I'm crazy. Who even needs a family photo these days? Everyone takes tons of pictures on their phones."

But then the photo printed and I handed it to the mother of the family, and as she stared down at it, she started to cry. I looked at her with tears in her eyes and thought, "What? What's wrong?" She told me that this was the first family picture they've had printed. Then tears filled my eyes and as we stood there with one another hugging, I was reminded of the power of a photograph. At that moment I understood exactly why I was up there that night. 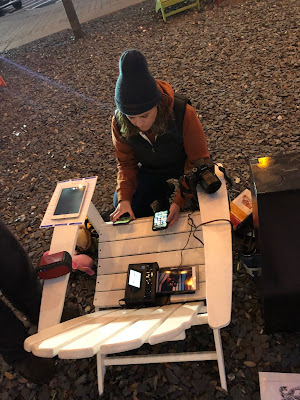 The next photo was of two friends that were home from college and rarely get to see each other. They emailed me later to tell me how much it meant to them to capture this time that they had together.


Going into this, I really didn't know why I was heading up there that night. It felt foolish for caring so deeply about this and buying all the equipment to do so, but it was something that I couldn't shake. It would have been So much easier not to follow through but I would have also known there was something I was supposed to do that I didn't. That night reminded me of the power of following where we feel led, no matter what is standing in your way. It wasn't about the number of pictures that we took that night. It was about the power behind the ones that we gave.

The mother of the family, Tara, emailed me later and said this...

"This is the first picture I have had printed in a very long time and all the kids look so happy.  Everyone just looked so happy and my emotions overwhelmed me because we had such a lovely day and it was captured so beautifully by you." - Tara Felts 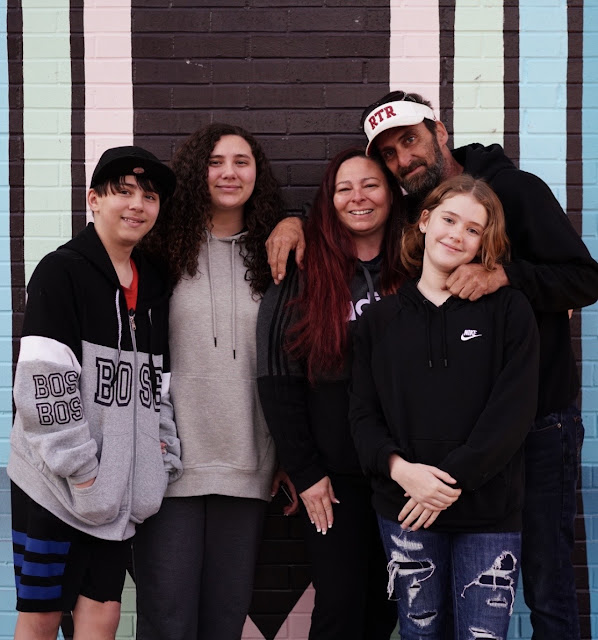 Laurie Paternoster said…
Inspired. I've often thought about doing that for Ecuadorian and Venezuelan families, especially as I take their individual photos for our church. New project on my list! Love you!
February 11, 2020 at 1:56 PM 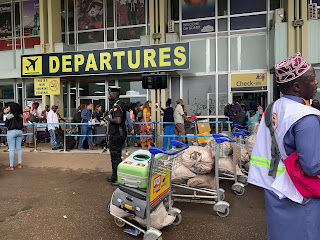